The quality standards in the plastic manufacturing industries are permanently increasing. Therefore, plastic material has to be inspected and analyzed for different types of defects before it enters the final product. Contamination, defects or inhomogeneities down to a size of 50µm in the material have to be detected. This is achieved by a modular X-ray scanner and analysis equipment that can either be used continuously “at-line” or for sample testing. In this way, transparent, opaque, colored or black pellets and flakes as well as thick colored films and tapes can reliably be inspected and analyzed. Consequently, highest material purity and stable production processes can be assured.
Introduction: Rising quality demands and challenges in the plastic industry
For industrial production, highly pure and flawless plastic material is an important quality aspect. Due to the continuously increasing requirements, it is necessary to detect and monitor defects and impurities of decreasing size in plastic and intermediate products. Impurities of 50µm may already cause damage to production systems, such as to the crosshead of the extruder, or to the end products with high follow-up costs. An example can be taken from the cable industry. For the production of a high-voltage subsea cable, it is of crucial importance to use highly, or so called super clean, material. A contamination, which enters the cable during production, can lead to a massive failure [1] of the cable once it is positioned very deep under the sea level. It costs millions to repair a broken subsea cable. For the cable industry, it is especially important to detect metallic contaminations before the material is used for final production. Therefore, latest norms and standards, such as the Chinese standard IEC 62067 (for 150 – 500 kV) for high voltage cables, demand the exclusion of contamination from 75µm in the processed material [2]. However, not only the cable industry has these requirements. Also other industries, such as the medical, hose and tube or car industries, have to monitor and analyze the quality of their used material.

With new X-ray test technologies and methods production related parameters such as inhomogeneity, contamination and defects, material differences, cross contamination, etc. can be analyzed.
X-ray technology to inspect and analyze the inside of a plastic pellet or colored thick films
By the use of X-ray technology, both transparent as well as non-transparent plastics are inspected for contamination. The basic principle is the different attenuation of raw material and impurities or defects respectively. The attenuation (µ) of the X-rays is mainly determined upon the nuclear charge of elements as well as of the thickness of the material to be inspected [6]. It is proportional to the atomic number raised to the 3rd power (µ~Z3).

Picture 1 The X-ray analysis shows two contaminants within a round pellet
Further possibilities with X-ray to monitor and optimize material quality
The production processes in the plastic industry are complex. Different materials are mixed together to receive different end products and there are many sources of contamination and other defects, which can enter the product. X-ray technology does not only detect metallic impurities in plastic pellets but gives also information on the condition of the overall production process. With X-ray, it is for example possible to identify cross-contamination of different plastic materials in one production process. This cross-contamination can be clearly visible, even if a plastic pellet has the same color, but a completely different attenuation (Picture 2). A main advantage of X-ray technology is that it is color independent. 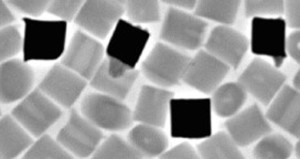 Picture 2 Different pellet type is visible due to higher X-ray attenuation
Further tests show, that it is also possible to detect an organic contamination, which in this example was probably a piece of tissue as well as a small metallic contamination. It is also possible to see clearly that one pellet has an air hole inside, which could lead to the conclusion that some parameters in the production process need to be adapted (Picture 3). 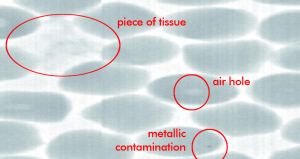 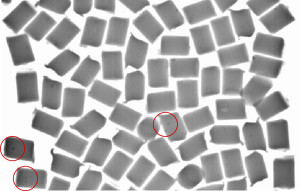 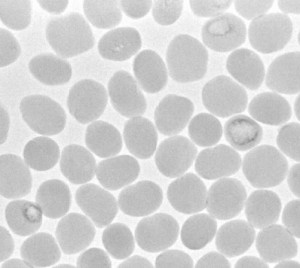 Picture 5 Incorrect degree of foaming or expansion inside of the pellet
In a further test, we used black pellets with different metallic contamination in order to prove the efficiency of X-ray technologies. In picture 6, different black polyethylene pellets are visible. In these pellets, we clearly identified contamination of the size of 50µm or 100µm. 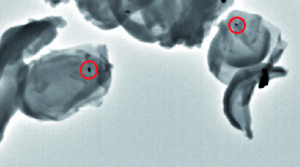 Picture 7 Metallic contamination in flakes
The same principle can be used for colored thick film inspection and analysis. As already mentioned, optical film inspection needs transparent thin films and therefore cannot be used for an inspection and analysis such as shown in Picture 8. Here the film has a dark color and is several millimeters thick. An X-ray analysis system is able to detect smallest contaminants in the film and therefore gives information on the contamination level of the overall material. 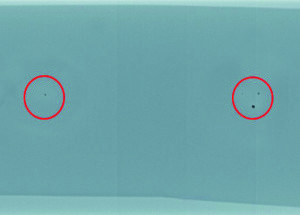 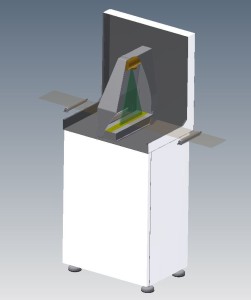 The concept is applicable for different material types as for instance TPE, TPU, etc. or any colored masterbatch or recycling product. The detection is independent of the color of the pellet or the color and the thickness of the film or tape. Therefore, the quality can be constantly monitored and, hence, significantly improved.
References