Abstract
Plastics that are used for the insulation of medium, high- and extra-high voltage cables have to comply with the highest purity standards. Most commonly XLPE (cross linkable polyethylene) material is used for the insulation of cable. For cross linking of the XLPE the cable passes through a CV-tube (continuous vulcanization tube) where it is exposed to high temperatures for the cross linking. Typically at the manufacturing of these types of cables the CV tube is filled with nitrogen and operated at a pressure of 10 bars. Before the cable can be further processed, such as the application of a screen as well as the outer sheaths, a degasing is necessary, which may take up to 10 days. Commonly, the line is built as a CCV or VCV line (Catenary Continuous Vulcanization or Vertical Continuous Vulcanization). The technology is well proven as it is used for decades, but involves high costs for the building and the production line. In addition, there is another method on the advance where High Performance Thermoplastic Elastomer (HPTE), based on Polypropylene, is used as insulation material. This new technology has been further invented by Prysmian and is published as the so called “P-LASER” technology.¹ The material shows good electrical and thermo-mechanical properties, comparable and in some aspects even superior to those of XLPE. The HPTE does not require a cross linking section and no degassing treatments. That means that the complete cable can be manufactured in an inline production process, where even the screening and the outer sheath could be applied in one production step.

No matter which approach is applied, the demands for dielectric strength of XLPE and HPTE remains on the same high level and needs to be assured. Important in this regards is the cleanliness of the insulating material. This is the point where the advanced purity inspection and sorting system comes into focus.

This paper will introduce an online inspection and sorting system that detects contamination inside and on the pellets such as metallic or organic contamination, color variations, agglomerates, cross-contamination and foreign pellets. The system presented includes the unique combination of X-ray technology and an optical camera technology for highest detection probability for all sort of contamination. Thus, the quality of XLPE or HPTE material and accordingly the production process are optimized and costs reduced.

Furthermore, the paper will briefly refer to an innovative offline system, which inspects and analyzes small batches of pellets. This is further of importance to check pellets that have been sorted out by the above described online inspection and sorting system.

XLPE and HPTE insulated medium and high-voltage cable
Today insulation material that is mainly in use for MV and HV cables is cross-linked polyethylene (XLPE). Cross linked polyethylene is produced from polyethylene under high pressure with organic peroxides as additives. Under heat and pressure the cross linking takes place. The individual molecular chains are linked with one another, and results in a material change from a thermoplastic to an elastic material. An advantage of XLPE as insulation for medium and high voltage cables is their low dielectric loss and their excellent electrical and physical properties for power transmission. As XLPE is resistant to thermal deformation and to aging a XLPE cable allows to carry large currents. Another feature is the easy installation of XLPE cable. It withstands small radius bending and is light in weight.²

Some years ago the company Prysmian invented a new type of cable where instead of XLPE a HPTE (High Performance Elastomer) is used. This material has equivalent characteristics as XLPE. The difference is that there is no cross linking and accordingly no by-products, HPTE is re-usable, allows shorter production time, reduced facility area and is compatible with the existing network components. Both materials XLPE and HPTE are used for medium and high-voltage cable production. 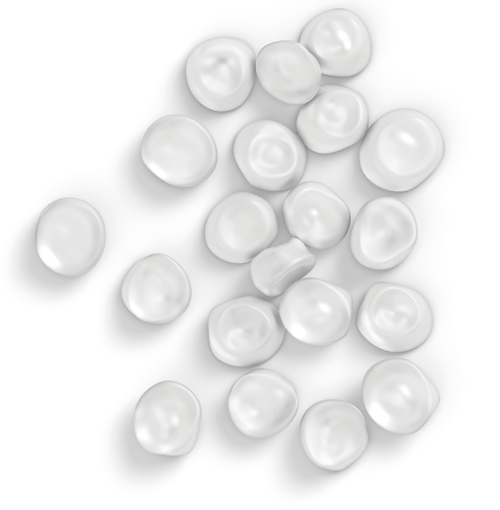 Metal impurities of 50μm may already cause damage to the end product with high follow up costs. The repair of a defective subsea cable for example, which has been damaged by contamination, can lead to weeks of downtime. Furthermore, contaminated insulation compound respectively defective cables and consequential breakdowns at the discharge test affect the industry at the manufacturing process. As part of the production of EHV cables, they are tested in plant with a test voltage 2.5 times of the nominal voltage.

Approximately, five to six breakdowns (Picture 2) a year are commonly registered by each production site causing tremendous losses. Already one breakdown causes costs of up to 150,000 € even before the cable is delivered to its dedicated position. In addition, valuable time is lost, making permitted delivery dates not accomplishable. Often, not agreed joints have to be used, damaging the quality image of the manufacturer consequently and may lead to contractual penalties. It is for these reasons that some Standards for high voltage cables demand the exclusion of contamination from 75 μm in the processed materials³. Moreover, there are guidelines from the AEIC (Association of Edison Illuminating Companies), which state that cables have to be designed in such a way that they are usable for at least 40 years. Accordingly, it is necessary to inspect the material for purity to 100% before it enters the end product. Sample tests are not sufficient to exclude all contamination reliably. 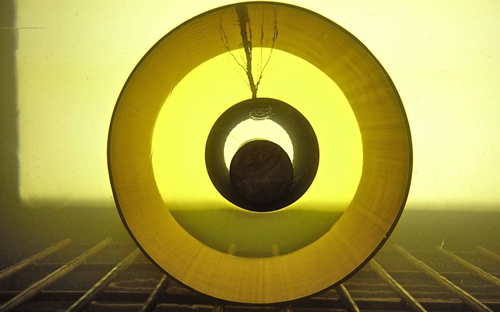 Picture 2: Cross section of an EHV cable with breakdown

Today cable manufacturers use screens to catch impurities in the XLPE and HPTE melt before they get into the cable. The screens are positioned directly in the melt flow after the extruder, before the crosshead. However, these screens can get clogged by scorches, or excessive amount of contaminants after certain run time. Then the melt pressure in the extruder may increase significantly. Finally, the production has to be stopped in order to change the screens, which in turn means that later a joint is required at that position. Joints, were the cables are welded together are manually made and always critical, in particular with regard to subsea cables for offshore-applications. That is why cable manufacturers aim at delivering large cable lengths with only a minimum number of joints as they contain a potential risk for breakdowns. As clogged screens reduce the productivity of the line reliable methods to detect and sort out contamination in the Polyethylene material have to be implemented.

XLPE and HPTE purity assurance before material processing: Inspection and Sorting
Today, for pellet inspection, systems are used either in laboratories or for online monitoring during the production process of the granules.

X-ray technology
The basic detection principle of the X-ray technology uses the different attenuation of the material. XLPE mainly comprises of Carbon. The carbon atom has 6 protons in its core. A typical contamination would be steel particles from the extruder or granulator, which is mainly Iron (FE). Iron has 26 protons in its core. These 26 protons have a much higher X-ray attenuation than the 6 protons from the carbon and results in a perfect contrast between the two materials in the X-ray image.

Optical technology
Regarding the optical inspection, the illumination plays an essential role. In order to allow precise recordings of material flows at industrial speed, modern camera technologies (optical, color cameras) are used. A powerful image processing software similar to the one used for the X-ray inspection is used to detect contamination with the optical system. Therefore, by setting a certain threshold, all contaminated pellets, which are above the threshold in the mathematical algorithm, are sorted out. 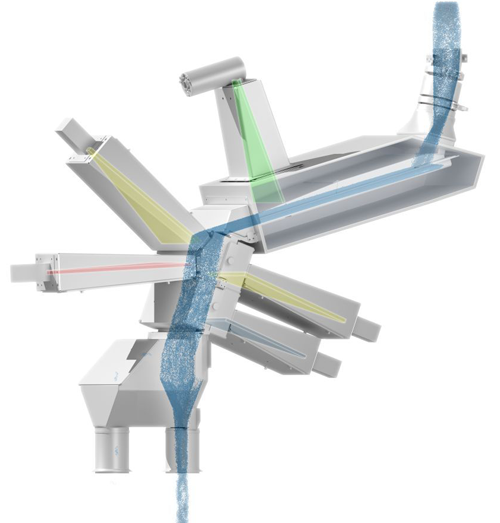 Typical contamination detected by X-ray and optical technology
The combination of both X-ray and optical technologies enables the detection of contamination in the pellet itself and on its surface (Picture 4). The X-ray system inspects transparent and colored (e.g. black) pellets as well as semi-conductive XLPE material for impurities. Typical impurities detected with X-ray are metallic as well as organic contamination and inhomogeneities (TiO2) inside the pellet. In addition, the optical system detects for example black specs on the pellet, foreign objects and foreign pellets as well as other organic or metallic contamination. 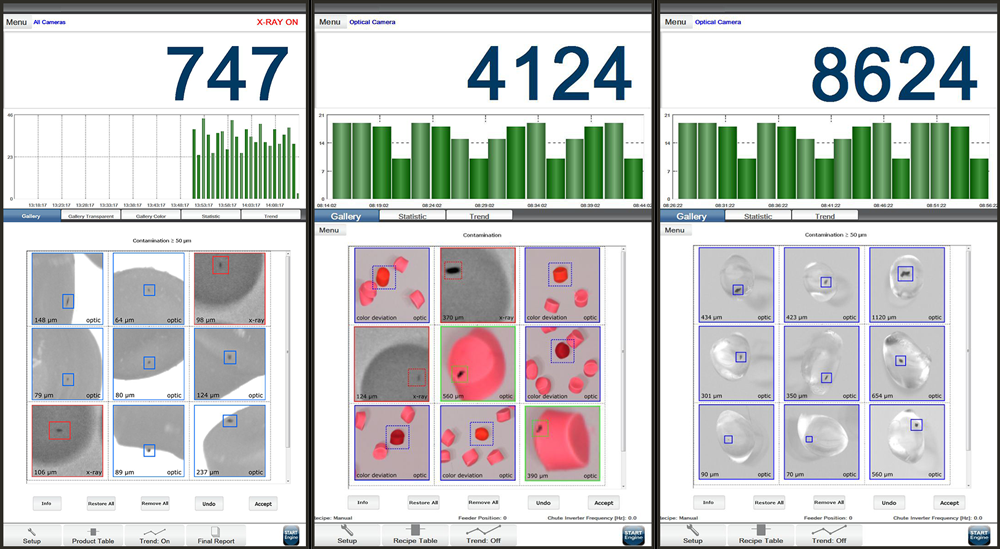 Integration of the system in the production line
The system is typically installed between the hopper that is fed from the XLPE and HPTE supply (octabin, bag or silo) and the hopper of the extruder, whereas the compound is fed by gravity.

CONCLUSION
In summary, this paper outlined the reasons for the need of a high purity degree of XLPE and HPTE material used for the insulation of MV and EHV cables. Furthermore, the paper introduced systems for on- and offline quality control of XLPE and HPTE that inspect the material before processing.

The presented inspection and sorting system detects contaminated pellets and separates them before they get into the extrusion process. The contamination may be in the raw material, but may have also been added at the handling and transport. Accordingly, even if cable manufacturers keep on using screens, this technology assures that screens are not getting clogged with impurities from contaminated pellets and allows, therefore, a longer and safe production run. By using X-ray and optical technologies contaminants inside and on the pellet surface are detected, which guarantee 100% quality control. With the use of an offline inspection and analysis system for contaminated pellets that had been separated by the online inspection system production processes can even be improved. The material purity is controlled and the analysis gives information to prevent future contamination.

Taken these advantages together, the use of the introduced technologies for quality control of XLPE and HPTE material is essential to assure high-quality MV and EHV cables. Simultaneously, by ensuring a high purity degree of XLPE and HPTE material cost for re-manufacturing cables that failed the discharge tests can be saved and the efficiency of the cable production line is improved to a great extent.