Quality assurance where it is of most importance

During quality control of medical tubes, safety for the patient is the top priority and begins with the manufacturing process.

Single-lumen medical tubes, whose wall thickness has to be controlled during production, are reliably measured with the X-RAY 6020 PRO directly after the extruder. The X-ray measuring system has been specifically designed for smallest medical tubing with a diameter of 0.65 up to 15 mm (.026 to .59”) and a minimum wall thickness of 0.1 mm (.004”). The system records continuously measuring data about wall thickness, eccentricity, inner and outer diameter as well as the ovality of medical tubes of up to three layers.

In order to carry out a surface inspection, the X-RAY 6020 PRO is combined with a 3-axis lump detector. The LUMP 2000 T gauge heads detect after the cooling even smallest irregularities on the product surface.

The SIKORA measuring devices can be integrated into horizontal as well as vertical extrusion lines depending on the required application. Due to the precise and continuous measuring values, they guarantee that the patient receives an immaculate and save product which specifications are met to 100 %. For this is the only way to guarantee the live saving functions of the medical tube. 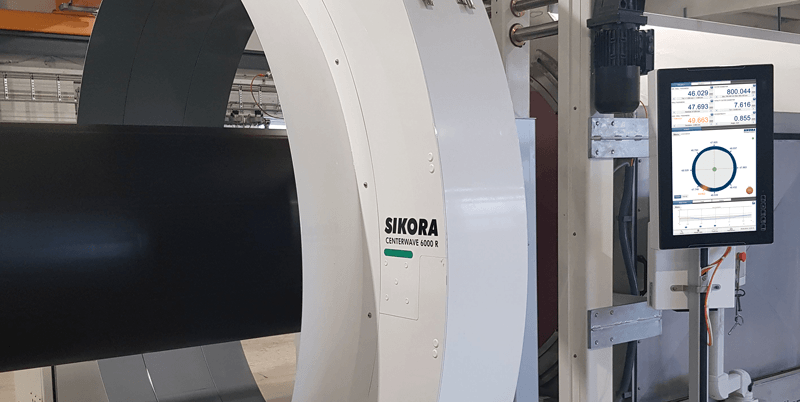 Always keeping an eye on minimal wall thickness
Quality assurance where it is ...